LOGIC IN THE ENDGAME - Watching a student at play in the fields of forcing lines! 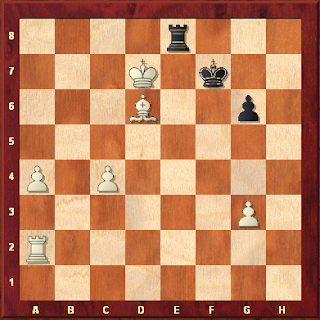 From the Game:
Mitchell Steddom vs Mason McCoy

I was watching this game and right out of the opening Mitchell got himself into some trouble and should have been checkmated in the early middlegame. But he played on and after his opponent had tired - Mason began to make a lot of errors - it was Mitchell that came out swinging. So in the above position Mitchell played the move that wins the Rook on d1 which was what?

Getting young players to read the board and to control squares is the biggest challenge to any chess coach and I felt fantastic as Mitchell played the winning move. His opponent - a thoroughly stunned Mason McCoy resigned after White's next move.

More about this later on though.